For several years, I had been planning to finish my backyard off with a swimming pool, a few flower beds, and a citrus grove of four citrus trees. My home and yard décor had been an old-world Italian theme and the part of our backyard that was near completion featured beautiful stone walls, columns, and fountains. The pool area was going to resemble a classic Tuscan pool.

My thinking started to shift this spring when I decided to scrap the plans for that remaining 2000 square feet of yard and instead start installing a space that would support my desire for a more self-reliant lifestyle. Thus, I began researching urban farms online. I found several excellent examples of real success stories including one of the original ‘urban farms’ located right in the heart of Pasadena, California called Path to Freedom. The 4000 square feet of private residence outdoor space in that example generates more than 6,000 pounds of produce per year, thousands of eggs a year, and their own goat milk and cheese. They produce so much that they sell a great deal of what they grow to local restaurants to the tune of $20,000 in profits each year. They use these funds to purchase items that they cannot produce on their own property.

I had planned to divide my available space into 1,500 square feet or raised beds for a wide variety of vegetables and herbs. The rest of the space is going to be used for a citrus grove containing lemon, Valencia and Navel oranges, and tangerine trees. Other areas of the yard will feature apple, pear, apricot, and plum trees. Around the sides I intend to plant and grow berries and edible flowers. Scattered about the space I had allocated room for a composter, a small tool shed, possibly rain capture barrels, and a few other key components.

My existing yard offered many edibles such as peach, nectarine, lime, and two producing olive trees as well as strawberries, two grape vines and an herb garden where I regularly cut fresh basil, oregano, sage, rosemary, and others for gourmet cooking. I also had a Mesquite Tree and had recently learned that the pods the tree produces can be ground into Mesquite flower. The flower is one of the most nutrient ingredients in the desert.

(Hold that thought while I put Simon and Garfunkel’s Scarborough Fair on my iTunes… you will get a better article to read.)

My research had led me to discover several local examples of urban farms as well as one fantastic example of a ‘off the grid’ self-reliance ranch and school called Reevis Mountain Self-Reliance School. The facility is located at about 3500 feet in elevation along the eastern slopes of the Superstition Wilderness here in the great state of Arizona.

The urban farm I found, called ‘The Simple Farm‘, was located in Scottsdale, Arizona. The facility is run by a very warmhearted couple, Michael and Lylah, who were much obliged to provide me a private tour of their operation. They introduced me to their many goats, chickens, and much cherished plants and trees.

And so I ventured in the Jeep to visit the self-reliance school located east of Phoenix and north of Globe, Arizona. The facility is the home to Peter Bigfoot and his lovely partner Patricia. I arrived at the facility by driving along a 6-mile-long and very rough back-country road that traversed high Sonoran Desert ridge lines, and dry, sandy arroyos as it led me deep into a remote valley surrounded by high peaks.

Peter obtained the property in 1979 with a group of friends and has since, for the past 30 years, been living off the land. No stranger to survival, Peter is known around the area for his highly publicized 15-day, 80-mile trek across the Sonoran Desert with no food or water simply relying on his knowledge of surviving off the land. Suffice to say, Peter is a pillar of knowledge and after meeting him, clearly an individual willing to share his wealth of information. In the short time I visited, I learned a great deal and felt his sincere desire to support an individual’s desire to learn.

Peter shared with me that his farm requires some 20,000 gallons of water a day, all of which comes from a natural year-round running stream that flows through. We walked his property and found countless fruit-bearing and nut-bearing trees, a greenhouse, a large enclosed grape vineyard, and a large garden. Free-range chickens, turkeys, ducks, and friendly cats roam about. Beautifully constructed stone masonry buildings house a solar and wind-power facility and the greenhouse. The main house is the oldest structure built years ago before Peter was graced with the property. Scattered about the wooded acreage visitors will find a place to call home. For donations, visitors can stay in Yurts, comfortable tent type structures that each sit in remote locations surrounded by trees. Visitors come from all around the world to partake in a variety of classes offered by Peter and Patricia and while participating, help in sustaining the life they have created here.

Interestingly, my I-Tunes had moved on to the next tune by S&G in the list, ‘America’. ‘They’ve all come to look for America.’ I wonder where she has gone? What have we become? I am in search of what I heard this country once was. Maybe it has always been media propaganda… the perfect worldview of this land of freedom. But, nonetheless, I am hopeful by meeting a number of great individuals on this trip. The heart and soul of this great land remains in the people that make it their home. It isn’t in the media or on Capitol Hill that we will find the true essence of America. It never has been. It is only by getting out and meeting its people that we find where her heart and soul resides. And, by the way, my world-travel experience has taught me that this is the case anywhere, in any land around the world. This planet’s heart and soul resides in the collective consciousness of every living thing. Truth lies in overcoming the manipulation and misinformation and seeking the greater good in those we meet by getting to know them.

One of the most amazing aspects of our discussions with Peter and Patricia was their expansive knowledge of natural remedies. In fact, as it turns out Peter has written two books on the subject and as we found later that evening while dining in Globe, he is quite well known for what he has to share.

With me at the time was my 16-year-old step-son Cameron, who had recently burned his hand in a rocket launch accident. Immediately upon Peter learning of Cam’s accident and viewing his injury, he took us inside the house and applied one of his own all-purpose healing salves and wrapped his fingers in bandages. It wasn’t but a few hours later we pealed back the bandages and witnessed what appeared to be rapid healing of the wounds. Later, reading Peter’s book, I learned that once he lost about an inch of his index finger in a grinder. He put his finger in a jar of pure fresh honey for 10 days and literally grew his finger back with the fingernail and all. As he says, it may sound miraculous but so be it.

We spent the afternoon working in the field with Peter, planting onions, beets, beans, and harvesting a wheelbarrow load of spearmint. We stripped the spearmint leaves from the stems while sitting under a shade tree sipping a cool glass of fresh brewed willow and sassafras tea. A very friendly Tom Turkey strutted around us fluffing his feathers repeatedly like a ticking clock every five seconds. 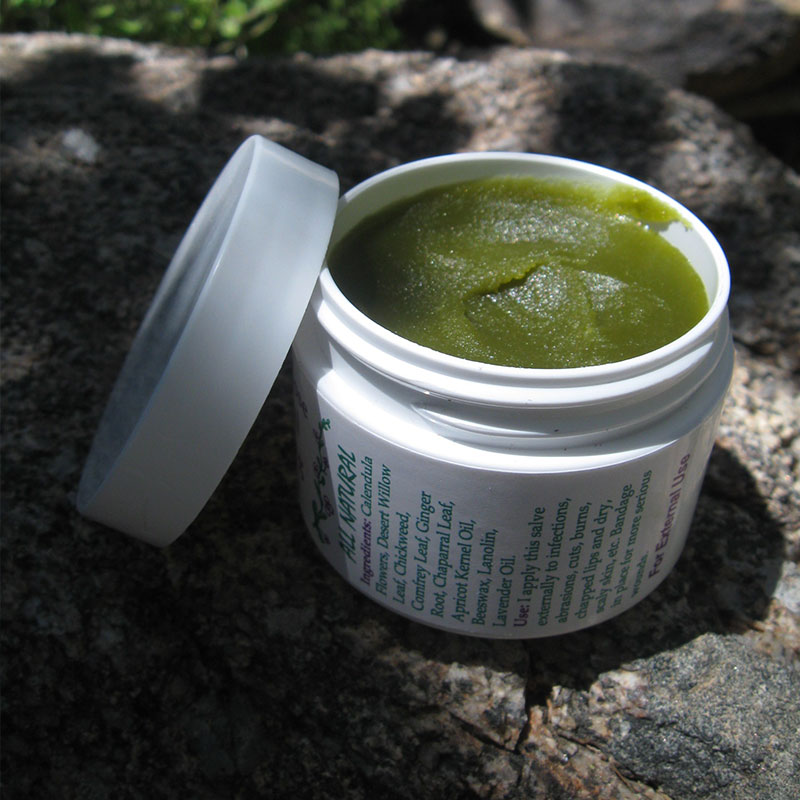 When the work was done we went inside and witnessed chicks cracking through their shells in an incubator and helped them with their journey into this world. Cameron grabbed Peter and Patricia’s newly acquired Dulcimer and played a few tunes as the afternoon sun cast an auburn ray across the room and illuminated the Native American rain stick standing in the corner. We discussed the many healing remedies the facility produces as we flipped the pages of Peter’s book.

Before leaving, we assisted Peter with placing the harvested spearmint in the attic of the main house to dry out. Our work, Peter shared, would generate about a gallon of dried spearmint that would be used in a wide range of applications.

I was inspired to say the least. My space, being a neighborhood yard, would, of course, not be nearly as extensive as either example I shared here, but nonetheless, I ventured down the path toward a more self-sustaining lifestyle while the water still flows, learning what I could from Nature the way our existence was meant to be. 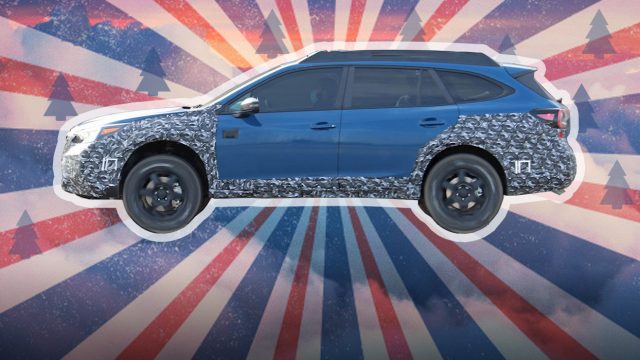 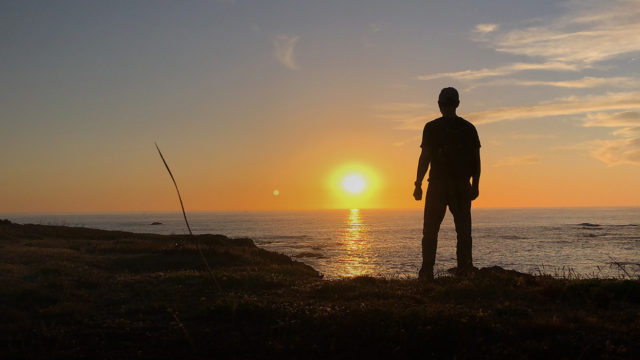 Finding Your Mojo – The Benefits of Solo Travel 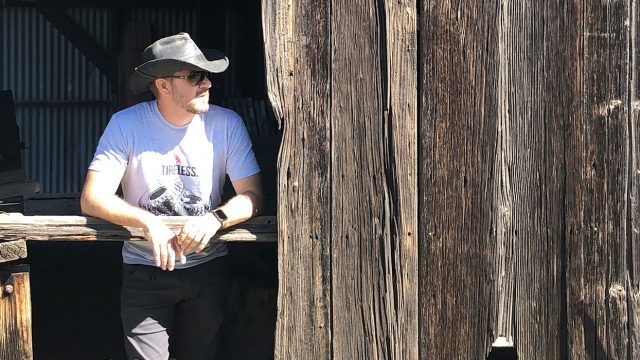 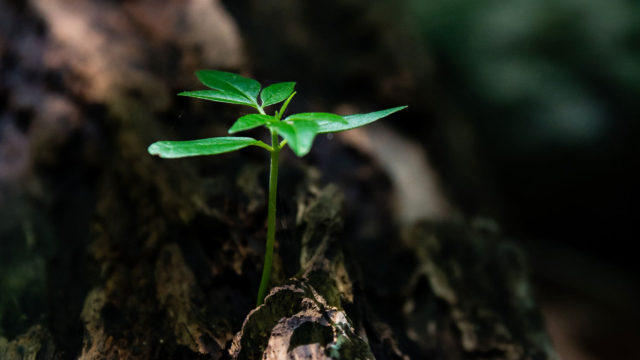 The Genius of Self-Reliance 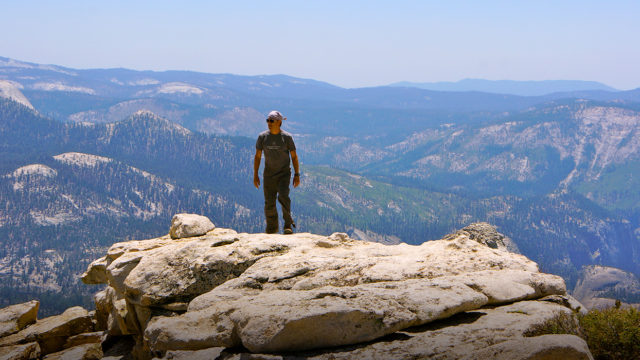 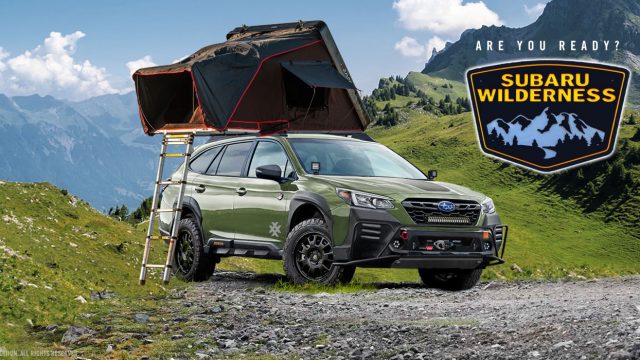